In computing how much laser protection you needed, you ultimately need to determine the energy intensity (Power/Area or Energy/Area) and the exposure it needs to be reduced to for that wavelength - known as Maximum Permissible Exposure ("MPE").

Power or energy is known from the following:

The area of the beam is the second component.  As the beams diameter becomes larger, it is important to know at what distance you are computing the area (or assume the worst-case).  For example, when purchasing a laser barrier, if you'd like to avoid assuming the worst-case (this isn't the worst idea but also not the most efficient economically) it is helpful to know how much protection is needed at a given point in the room.

To do so, the following parameters can be helpful:

Ultimately, this article is simply trying to demonstrate what a Laser Safety Officer is trying to calculate when making laser safety calculations surrounding the beam.

The shape of the beam is part of the area calculation in the energy density equation .  Below, we have depicted three different shapes and resultantly with a little geometry you will be able to see how the calculation of the area of the beam may change. 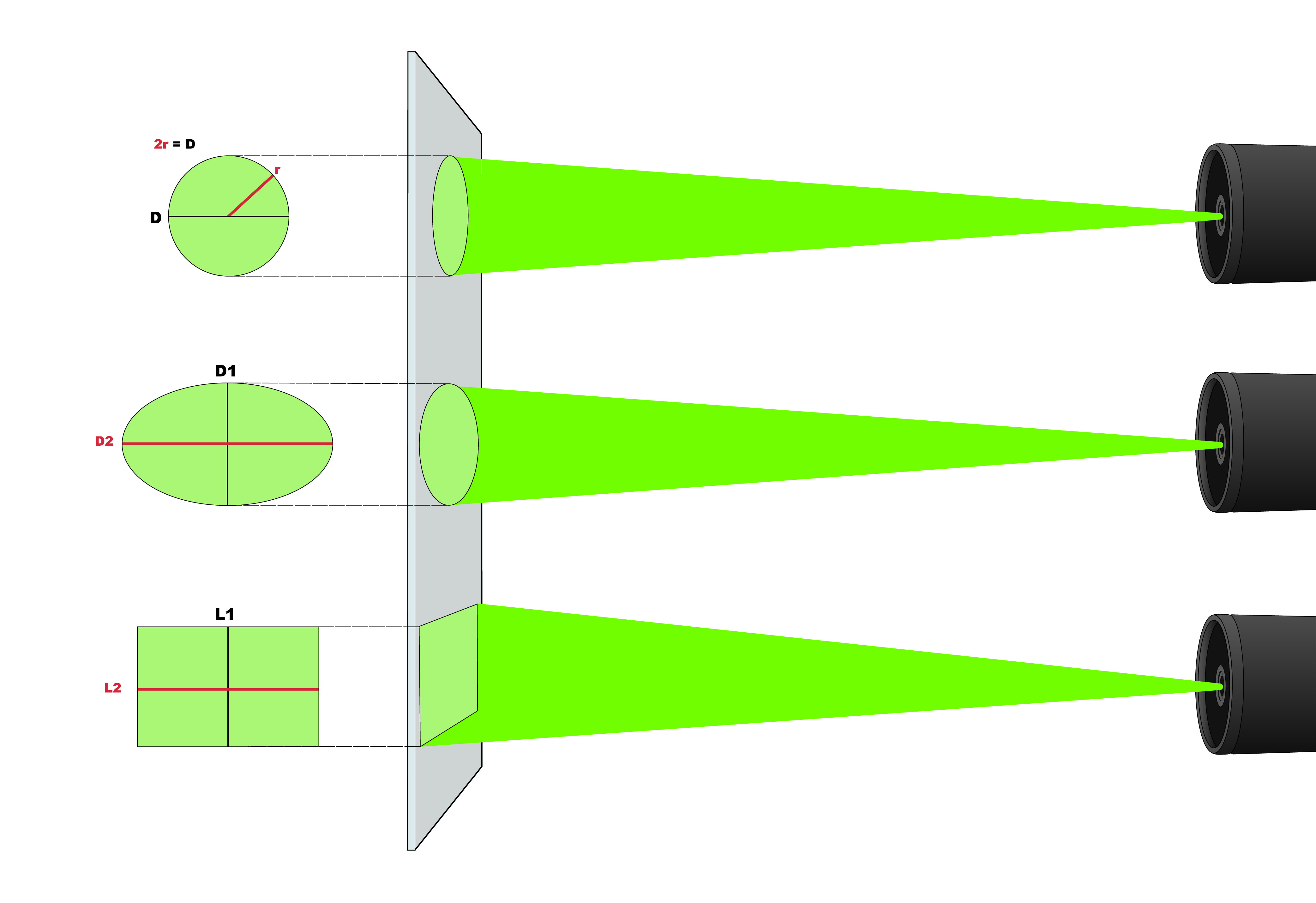 Another factor in calculation the energy density is understanding how the beams energy intensity is distributed.  Most laser beams have a Gaussian distribution while others have what is known as a "p-hat" distribution - an equal level of intensity across the entire beam.  The distribution has can have a significant impact when making laser safety calculations. Please note that the image depicted below is 2-dimensional, while the distributions in reality are 3-dimensional space that take on the shape of the beam - in this case a circle. We've included an image of the surface area of a circular beam and the corresponding energy intensity of each distribution.